The story of how it began 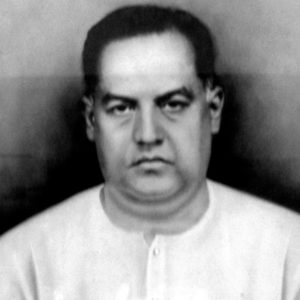 Years ago, Sri Debi Prasad Bhaduri offered a plot of land along with a one-storied building at the feet of The Mother of Sri Aurobindo Ashram, Pondicherry. As per his earnest desire, Sri Aurobindo Centre, New Alipore, was inaugurated on 10th May 1972, with the blessings of The Mother. He dearly wished that a meditation centre would come up at this place where spiritual seekers would meet regularly to deliberate on topics regarding the divine life and philosophy of Sri Aurobindo and The Mother. The flag of Sri Aurobindo and The Mother would flutter over the terrace. He was dear to all for his sweet and helpful nature. He passed away on 11th May 1972, the very next day after inauguration of the Centre.

Though his sudden demise led to a temporary suspension in the progress of this dream, it was fulfilled by Sri Harendra Nath Mazumdar whose single handed effort and untiring toil saw the evolution of the establishment to its present shape along with the meditation hall dreamt of by Sri Debi Prasad Bhaduri. The hall was inaugurated by Swami Lokeswarananda ji Maharaj, the then Secretary of Ramakrishna Mission Institute of Culture, Golpark, a renowned figure in the area of education having built up the establishment of Ramakrishna Mission, Narendrapur. 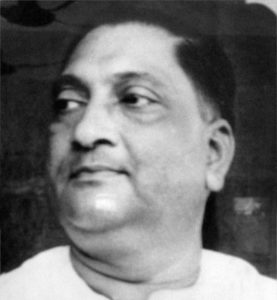 Regular discourses on the works of Sri Aurobindo and The Mother begun to be held along with other scriptures like the Gita and the Upanishads. A library was begun in the later years and christened “Sri Ma Library”. An Art Section was started with children of the locality with a view to culminate finer talents among them. Keeping The Mother’s ideas and system of child education as the guiding lights and towing the lines of Montessori education, Sri Aurobindo Bal Mandir was started in 1977 with five students and mattresses to sit on. During its initial years Sri Purnendu Basu, Pro-Vice Chancellor of the University of Calcutta and Smt. Manorama Devi, Chief Inspectress of Schools were amongst the eminent personalities who came forward with support and encouragement.

Sri K. C. Bose was the key person who consolidated the efforts of the two pioneers and brought the Institution on a strong foothold. Through his initiative, administrative experience and foresight, Sri Aurobindo Sakti Centre Trust was formed in 1999 to manage the Centre. 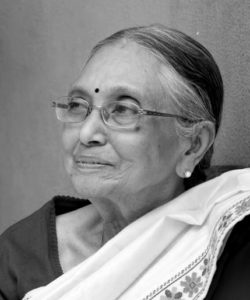 Today, the Centre is run by this Trust with a Managing Commitee formed under the Trust to look after the day to day activities of Sri Aurobindo Bal Mandir School, the Art Section and Sri Ma Library.

Smt. Chitra Bose, who had begun Sri Aurobindo Bal Mandir in 1977 and gave the pre primary school a strong footing was a mentor to a majority of the staff at the institution. She served as the Principal of Sri Aurobindo Bal Mandir since inception till February 2016 and Managing Trustee till her last days. Leaving behind an immense contribution in shaping the institution – all the wings of the present-day Trust, she passed away on 13th August 2016. As an attempt to recognize her invaluable contribution in the field of education, a few days before she passed away, she was given the AURO RATNA award by Overman Foundation, first person to receive it from Bengal after stalwarts in the Aurobindonian circle.

Sri Manoj Das was a member of the Board of Trustees of Sri Aurobindo Sakti Centre when the Trust was formed in 1999. He remained a friend, philosopher and guide all throughout for all other members of the Board. 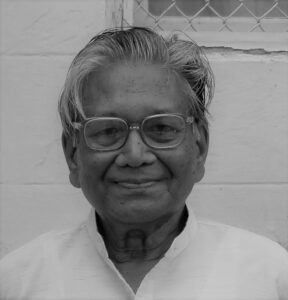 Memories of his affectionate association will be cherished by all associated with the Centre and the School. Born on 27 February 1934 in a remote coastal village of Odisha, Sri Manoj Das exhibited his literary qualities right from an young age. He was a revolutionary youth leader in his college days, General Secretary of the Students Federation.  After serving as a lecturer in English at Cuttack for four years, he, along with his wife, Pratijna Devi, joined the Sri Aurobindo Ashram at Pondicherry in 1963 which became their permanent abode. He was one of the most famous Indian writers writing in English and Odia received a number of awards among which are prestigious awards like the Sahitya Akademi Award, the Odisha Sahitya Akademi Award (twice), the Sarala Award, the Sahitya Bharati Award, Bharatiya Bhasha Parishad (Kolkata) Award, BAPASI (Booksellers and Publishers Association of South India) Award, the Atibadi Jagannath Das Samman, the Saraswati Samman, the Utkal Ratna and D.Litt. from Utkal and Ravenshaw Universites. He had led the Indian Writers’ delegation to China in 2000. The President of India decorated him with the Padma Shri Award in 2001 and then Padma Bhushan in 2019. He shall be recognized as a competent interpreter of India’s literary and spiritual heritage. He passed away on 27th April 2021 in Pondicherry. (Picture of Sri Manoj Das and content courtesy : Overman Foundation, Kolkata)

Through the passage of time the establishment today has become a nerve centre of spreading the ideas and ideals of Sri Aurobindo and The Mother’s philosophy.