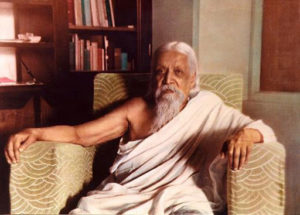 The ashram, in ancient India was the creation of the Rishi. Loosely translated into English as ‘Seer’, the Rishi was a phenomenon unique to India. All that matters in the heritage of India – its literature, its dramaturgy music- owes its origin to the Rishis.

The Rishi could impart expertise in state craft to one pupil and help another pupil master the Vedic lore, probably because he had an uncanny insight into the true need and true capacity – Swadharma – of the learner. There is plenty of evidence in the works of antiquity to suggest that the ashram, those situated in a sylvan setting away from the locality, did not shun the society, but was a training ground for the future citizens who would contribute to the discipline and refinement of the society.

In the course of time, this sweeping scope of the ashram seems to have narrowed down to that of a hermitage, a retreat for those who practiced certain exclusive systems of yoga, or who have renounced the world. They distinguished from the ordinary wayfarers along the life’s path, through conspicuous marks of asceticism of their person, in their dress and in their life style.

No wonder that when Sri Aurobindo’s ashram at Pondicherry, for all its appearance, was an institution that hummed with so called wordly activities – agriculture, cottage industries, so on and so forth – and its inmates neither dressed nor talked in any special fashion- followed no prescribed rituals, – the onlooker should feel intrigued.

The mystery lay in what Sri Aurobindo represented as well as in the genesis of the ashram. 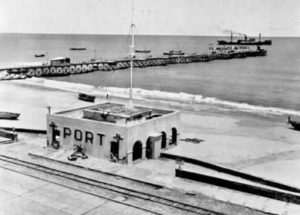 When Sri Aurobindo, in accordance with Divine command, came over to Pondicherry in 1910, leaving behind him a short but significant political career as the unquestioned leader of the nationalists, the agenda for his yogic pursued was the discovery of the next phase of human destiny. Mankind, according to him, was going through an evolutionary crisis. It is only the intervention of a new power that can lift him out of the impasse. Sri Aurobindo did his yoga in order to pave the way for the descent of this power- the Supramental – into the earth consciousness. Man’s spiritual destiny, the fulfillment of his ageless quest for God, Light, Freedom, Bliss & Immortality, could be possible only through a transformation wrought by the Supramental and by nothing short of it.

For the first ten years at Pondicherry, Sri Aurobindo lived in the company of a few lieutenants and in contact with a few admires like the poet Subramania Bharathi. It was in 1920 that the Mother, coming from France joined him and the ashram began taking shape under her care, as more seekers collected around the Master and the Mother.

Needless to say, a vision that looks upon man as an evolving being and which visualises a transformation of life, could dare to turn every aspect and activity of life towards the Divine. “All life is yoga”, said Sri Aurobindo. His yoga, known as the integral yoga, does not end with the seeker concentrating on his soul alone and its liberation, but it calls for a spiritualisation of the whole being- embracing the mind, the life (the vital) and the body.

“An inner illumination that does not take any note of the body and the outer life is of no great use; for it leaves the world as it is”, said the Mother, “this is what has continually happened till now. Even those, who had a very great and powerful realisation, withdrew from the world to live undisturbed in inner quiet and peace; the world was left to its ways, and misery and stupidity, Death and ignorance continued, unaffected, there reign on this material plane of existence… An ideal of this kind may be good for those who want it, but it is not our yoga. For we want the Divine conquest of this world, the conquest of all its movements and the realisation of the divine here.” 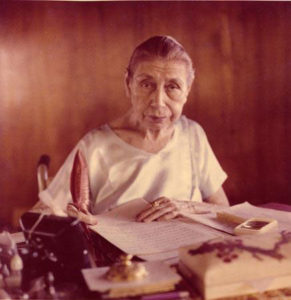 The Mother had once said:

“From the very beginning of my earthly existence, I happened to meet many people who said that they had a great inner aspiration, and urge towards something deeper and more true, but could not advance, because, they said, they were bound, subjected, slaves of this brutal necessity of earning their livelihood and that put such a burden upon them, took so much of their time and energy that nothing remained to enable them to devote to any other kind of activity inner or outer. I have heard this very often. I have seen many poor people like that – I do not say poor from the monetary point of view, but poor, because they felt themselves imprisoned in a narrow and deadening material necessity.”

“I was very young at that time and I always told myself that one day, if I could, I would try to create a small world- oh, quite small- a small world where people would live without having too busy themselves with food and lodging and clothes and all the imperious necessities of life, so that I might see whether all these energies freed by the certainty of an assured material existence would turn spontaneously towards the divine life and inner realisation.”

The Ashram takes care (including the medical and old-age care) of its inmates who number about 2000, for whom the external disciplines are kept to the minimum (the Sadhaks refrain form sex, politics, alcohol and tobacco) so that their unity is free from uniformity and each one grows in his or her consciousness in keeping with one’s individual possibility and peculiarity. An aspiration for a life divine rejection of false values and surrender to the divine are the guidelines by which the Sadhaks are expected to live.

While the main Ashram complex containing the Samadhi of Sri Aurobindo (1872-1950) and the Mother (1878-1973) and the building in which they lived is situated on the eastern sea-front of the city, its different wings and units are scattered all over the city. A large number of people who are not inmates of the ashram have settled down around the complex because of their desire to be in the atmosphere charged by the presence of the Master and the Mother. There is a continuous interchange with the local people, not only at the pragmatic level, but also at a subtle plane, for many among them are spiritually attached to the Ashram.

An important part of the Ashram is the Sri Aurobindo International Centre of Education. It views each child as unique and tries to help it grow in its own individual way, instead of clubbing a group of them together into the frame of one syllabus.

“The first principle of true teaching is that nothing can be taught”, said Sri Aurobindo. “The teacher is not an instructor or a task master, he is a helper and guide… He does not impart knowledge to him, he shows him how to acquire knowledge for himself”.

Hence, at the International Centre of Education, the child has the freedom to choose his subjects, to devote more attention to one subject than to another and he need not confine himself to one teacher for one subject. While such an educational philosophy is a unique opportunity for the student, it is at the same time challenge for the teacher who must be imaginative and flexible in his approach to the different students. The system is integral in its approach, providing a scope for a simultaneous development of the child in his Physical, Vital, Mental and Psychic aspects: The provision for physical education is not a mere appendix to the academic routine; it is the basis for the entire curriculum and it offers facilities for sports Gymnastics, Yogic, Asanas, Judo etc.

The Ashram is not oriented for the superficial curiosity of the hurrying passers by, although it is open for the visitors who come with a quest and aspirations.

Auroville, the township that has come up along the frontiers of the Union Territory and Tamil Nadu, though an autonomous entente, is the projection of Sri Aurobindo’s futuristic vision of man- man capable of rising above his racial, religious, and similar other compartmentalization and striving for a unity based on an enlightened faith in a divine destiny of the race. Daring experiments in social integration, aforestation, solar energy and several other projects of immediate relevant are carried on here, keeping in harmony with the inner quest of its residents.