Sri Aurobindo and The Mother 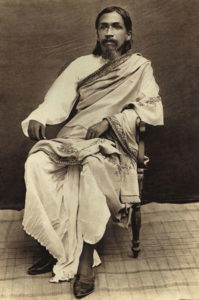 Sri Aurobindo was born in Calcutta, on August 15, 1872, at 5:00 am, the hour of dawn. The date is doubly important. Seventy-five years later, on August 15, 1947, India attained her freedom. In a message, Sri Aurobindo, who had played a leading role in the freedom struggle, said:

“I take this coincidence, not as a fortuitous accident, but as the sanction and seal of the Divine Force that guides my steps on the work with which I began life, the beginning of its full fruition.”

The date has an even greater and deeper significance. On being queried about if there was connection between the Feast of the Assumption in the Catholic Church and the date of Sri Aurobindo’s birth (i.e. 15 August), the Mother explains:

“Yes. The Assumption of the Virgin Mary is the divinisation of Matter. And this is the aim of the last Avatar.”

And this was in a way the goal of Sri Aurobindo’s life. To divinize the earth, to make matter Spirit’s willing bride. 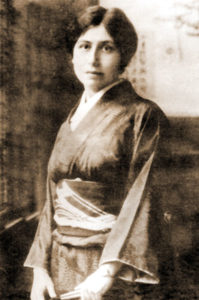 In 1920 the Mother sailed for Pondicherry. Now the most important chapter in her life was to begin. She had found her chosen and appointed place of spiritual fulfilment.

The Mother reached Pondicherry on April 24, 1920. She was forty-two. She was pursuing an intense Yoga and the sadhana was going on in the mental and vital planes. The result was even a physical change in her appearance.

“… after a month’s yoga I looked exactly eighteen. And someone who had seen me before, who had lived with me in Japan and came here, found it difficult to recognise me. He asked me, ‘But really, is it you?’ I said, ‘Obviously.’”

Until the Mother’s final arrival, a few of Sri Aurobindo’s followers had lived with him as members of the household. With the coming of the Mother, a collective life took shape. The things got better organized and regular collective meditations were started. Shri Nolini Kanta Gupta, one of the earliest disciples, said of the Mother:

“The Mother taught by her manner and speech, and showed us in actual practice, what was the meaning of disciple and master; … It was the Mother who opened our eyes…”