Shri Manoj Das, a great sadhak, litterateur, story teller, teacher and above all, a perfect gentleman, passed away on 27th April 2021 in Pondicherry. Memories of his affectionate association will be cherished by all associated with the Centre and the School. Born on 27 February 1934 in a remote coastal village of Odisha, Sri Manoj Das exhibited his literary qualities right from an young age. He was a revolutionary youth leader in his college days, General Secretary of the Students Federation.  After serving as a lecturer in English at Cuttack for four years, he, along with his wife, Pratijna Devi, joined the Sri Aurobindo Ashram at Pondicherry in 1963 which became their permanent abode. He was one of the most famous Indian writers writing in English and Odia received a number of awards among which are prestigious awards like the Sahitya Akademi Award, the Odisha Sahitya Akademi Award (twice), the Sarala Award, the Sahitya Bharati Award, Bharatiya Bhasha Parishad (Kolkata) Award, BAPASI (Booksellers and Publishers Association of South India) Award, the Atibadi Jagannath Das Samman, the Saraswati Samman, the Utkal Ratna and D.Litt. from Utkal and Ravenshaw Universites. He had led the Indian Writers’ delegation to China in 2000. The President of India decorated him with the Padma Shri Award in 2001 and then Padma Bhushan in 2019. He shall be recognized as a competent interpreter of India’s literary and spiritual heritage. (Picture of Sri Manoj Das and content courtesy : Overman Foundation, Kolkata)

Despite all adversities owing to onset of the Covid-19 pandemic in 2020,  the Art Section went on with the art classes on an ONLINE mode. Even, the Diploma Examination of Sarbabharatiya Sangeet O Sanskriti Parishad was coordinated and conducted with students appearing for their examinations from their residences and supervised by the Instructors over remote access. The Art Section also held an art competition in the month of January 2021 over remote access and prizes were awarded for selected works of art. 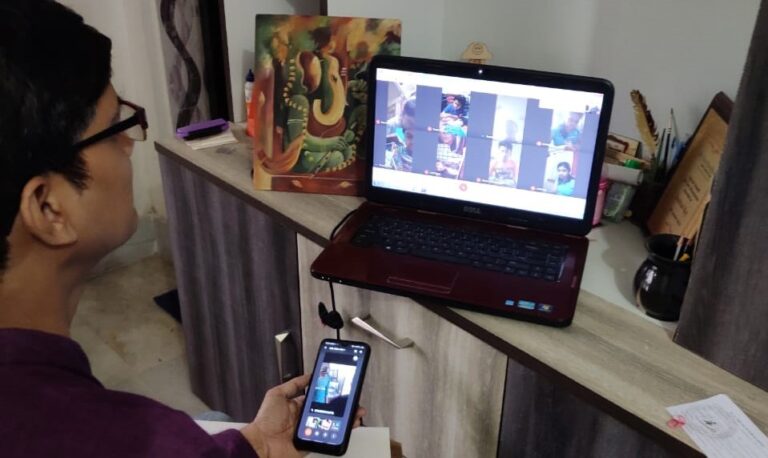 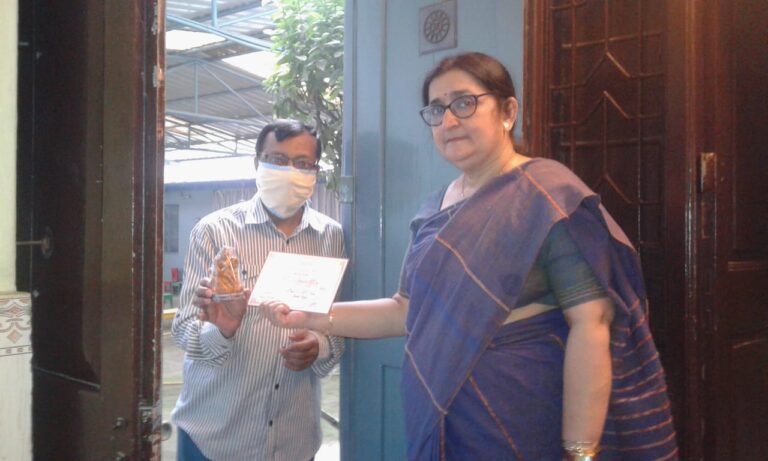 The Art Section organised a one-day workshop on Sunday, 19th January 2020, covering area viz. Acrylic painting, Water-colour, Glass painting, Collage making and making items with M.Seal and Waste materials. The workshop was conducted by Instructors of our Art Section and attended by around 100 participants, including parents. The participants enjoyed the day expressing their creative talents. They were given certificates of appreciation and snacks at the end of the workshop.

An awareness programme on mental health of children was held at Sri Aurobindo Bal Mandir on 15th September 2019 with eminent psychiatrist Dr. Soumitra Basu as the resource person. Parents and guardians of KG classes attended. The session began with a general presentation on the important points parents must adhere to regarding mental health of children, followed by a long interactive session where parents discussed specific problems and received suggestions on ways to deal with them.

In the evening, at Sri Aurobindo Sakti Centre, there was a programme of AuroYouth conducted by Sri Shivakumar, who is also the National Director of AuroYouth. The theme of the session was “My Inner Self”.